Note about video: Unfortunately, the first few minutes of the talk were not recorded. We are working to provide that information. Meanwhile, we believe that although the beginning may be confusing because of the absence, if you stick with it, the major message is clear.

Even fans of design do not necessarily see what design could contribute to such issues as Climate Change, or even the Coronavirus. The first is a problem for atmospheric science and politicians. The second is a medical issue.  But actually, design can make a big difference.

Erin is a designer working with the United Nations to assemble a major initiative to tackle the United Nations’ second Sustainable Development Goal (SDG): hunger. The initiative will require input from a diverse group with a variety of skillsets, representing multiple nations, government agencies, and NGOs. Addressing an SDG at this scale will require the designer to work with large budgets, large groups of people, and an array of political and cultural differences. The project will almost definitely necessitate many political and practical compromises.

This doesn’t sound like a design problem: Why do we think that this is a task for design?

Don Norman is Distinguished Professor (emeritus) and Director of the Design Lab at the University of California, San Diego. He is co-founder of the Nielsen Norman Group, former Vice President of Apple and former executive at Hewlett Packard. Norman serves as an honorary professor of Design and Innovation at Tongji University (Shanghai), and is an advisor or board member of numerous companies.

At UC, San Diego, he served as chair of the Psychology Department and founder and chair of the Cognitive Science Department. At Northwestern University, he was the Breed Professor of Design. He has been Distinguished Visiting Professor of Industrial Design at the Korea Advanced Institute of Science and Technology (KAIST). He has honorary degrees in Psychology from the University of Padua (Italy) and in Design from the Technical University of Delft (the Netherlands) and the University of the Republic of San Marino. He received the Benjamin Franklin Medal in Computer & Cognitive Science from the Franklin Institute (Philadelphia). He is a member of the National Academy of Engineering, and a fellow of the American Academy of Arts and Sciences, Association for Computing Machinery, American Psychological Association, Association for Psychological Science, Human Factors & Ergonomics Society, and the Design Research Society.

He is well known for his many books (18, translated into 23 languages), including “The Design of Everyday Things,” “Emotional Design,” and “Living with Complexity.” His book “Invisible Computer” predicted the rise of today’s Internet of Things, where computers are in so many of our appliances and everyday objects that we are unaware of them: they are invisible computers. He lives at www.jnd.org. 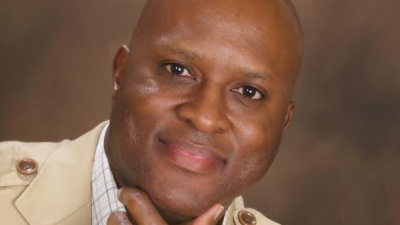 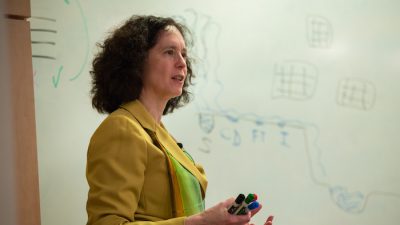 Wednesday, March 14, 2018 at 4:00 PM
From Scramble to Process: Achieving Proactive Leadership via Design
CSE 1202 on the UCSD campus 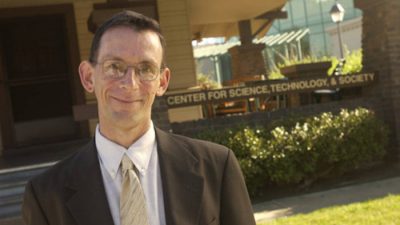