How People Write Together Now

Co-authoring papers, documents, and reports is becoming more and more common. And, there are now new tools to help us do that, including Word with Tracking Changes and Google Docs. In Google Docs, you can even write simultaneously. How has this affected how people write together now? We collected 96 documents written for a class by teams of students and analyzed them for a variety of factors including style and quality. We also built a tool to visualize the development of the document, and note some major styles of work, including some surprising. I will report on this work and end with some ideas about what new tools we should have to support writing together.

Judith Olson is the Bren Professor of Information and Computer Sciences in the Informatics Department at the UC Irvine. She has researched teams whose members are not collocated for over 20 years, summaries of which are found in her most cited paper, “Distance Matters,” (Olson & Olson, 2000), and in her key theoretical contribution in the book Scientific Collaboration on the Internet (Olson, Zimmerman, and Bos, Eds., 2008) as well as her most recent book, Working Together Apart (2014). Her current work focuses on ways to verify the theory’s components while at the same time helping new scientific collaborations succeed. She has been additionally studying the adoption of the new suite of collaboration tools in Google Apps, both the general adoption on campuses and a detailed look at how people collaborate inside documents over time. She is a Fellow of the Association for Computing Machinery and with her husband and colleague, Gary Olson, holds the Lifetime Achievement award from the Special Interest Group in Computer Human Interaction. In 2011, she was awarded the ACM-W Athena Lecture, the equivalent of the Woman of the Year in Computer Science. 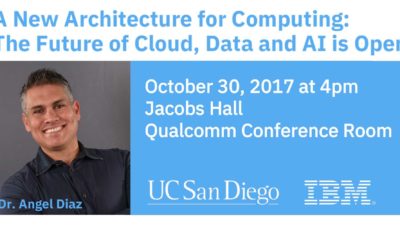 A New Architecture for Computing: The Future of Cloud, Data and AI is Open 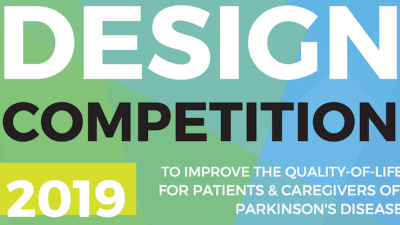 Design Competition 2019: To Improve the Quality-of-Life for Patients & Caregivers of Parkinson’s Disease 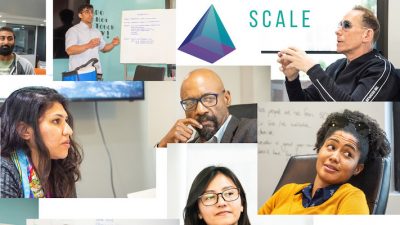