Textile Media of Wear and Repair

Hanna Rose Shell’s presentation considers the role of recycled clothing as both a metaphor and a material instantiation of shifting notions of self in the modern era. Introducing concepts of “textile media” and the “shredded self,” from her recent book Shoddy: From Devil’s Dust to the Renaissance of Rags, Shell touches on the works of literary and artistic figures such as Thomas Carlyle and Man Ray as well as the rag collectors, sorters, and shredders that refabricate our sartorial worlds.

Hanna Rose Shell is filmmaker and scholar who is Associate Professor of Critical and Curatorial Studies at the U of Colorado at Boulder, where she is appointed in the Department of Art and Art History and the Department of Cinema Studies & Moving Image Arts. Her books include Hide and Seek: Camouflage, Photography, and the Media of Reconnaissance (Zone 2012) and SHODDY: From Devil’s Dust to the Renaissance of Rags (University of Chicago 2020) which examines recycled textiles as transformative media forms through the lenses of aesthetics, material culture, history, and critical theory. It dovetails with a series of experimental documentary shorts and a textile installation in the Czech Republic on the subject of waste, recycling and old clothes. Her films and media works have appeared worldwide, at art and film venues including The Museum of Modern Art, Anthology Film Archives, the ZKM Center for Art and Media, Machine Project, Slamdance, Black Maria Film and Video Festival, Machine Project, the Zimmerli Art Museum. Her scholarship has appeared in the publications Journal of Visual Culture, Configurations, History and Technology, Bidoun, Technology and Culture, Natural History and Cabinet among others.

“Blue Notes” is an invitation to open ourselves up to a mesh of nonhuman creatures and landscapes, to collaborate with nature through the design of the photosensitive surface of emulsion film and alternative process photography on fabric. We explore the material basis of image making with artist and researcher Christina Lammer in cyanotype, a simple photographic method in which the composition of nontoxic chemicals, natural support material, sunlight, and water play important roles for the creation of so-called blueprints or photograms. In this film presentation, Lammer will discuss three artistic case studies: Blooming (2020) is a 16mm multiple exposure short film (three minutes, color) that she made in the courtyard of her apartment building during the first lockdown. In Phytology (2022), plants interact with film emulsion. Dunes and Waves Fabric (2022) are the most recent works of a series of cyanotypes on fabric, which Lammer exposed to sunlight on the edge of the sea. 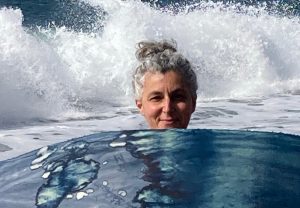 Christina Lammer is an artist, research sociologist, filmmaker and lecturer based in Vienna, Austria. Her work engages sensory ethnography in 16mm film, video, performance and body art with a long history of collaborative sensory ethnographic research in Vienna surgical wards and hospitals with doctors and patients. Currently she leads an artistic research project with the title Visceral Operations / Assemblage (2019-2023), funded by the Austrian Science Fund. She is affiliated with the Academy of Fine Arts in Vienna. Lammer holds a Ph.D. in Sociology from the University of Vienna. www.corporealities.org

The design of structures and systems brings hard materials to mind: steel, glass, molded plastics, microchips, batteries. But a single layer of graphene, the crumbly-soft graphite used in the pencils we sketch with, is the strongest material we know. The flexibility of “soft” structures like skin, fabric, and the atmosphere makes these forms open to strategic adaptation and imagination, empowering resilience and creativity. For the Design@Large Fall 2022 series, we invite you to consider the power of soft structures in design ecologies ranging from medical research to Indigenous communities, and from the textile industry to web design and the modeling of outer space. We hope you will join us as we consider the power of soft structures in hard times, and as we try our hands at making change through the design of soft structures.

**If you are needing ASL services for the event, please contact ops@dlab.ucsd.edu. 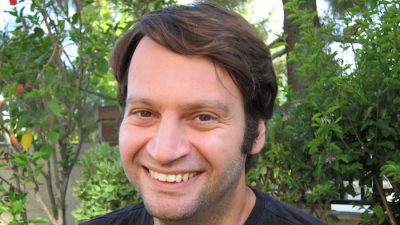 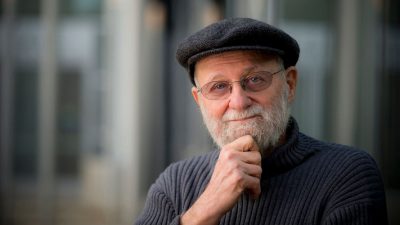 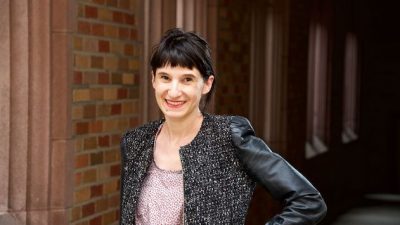 Wednesday, October 10, 2018 at 4:00 PM
Critical Fabulations
CSE 1202 on the UCSD campus
Design@Large
© 2022 Regents of the University of California All rights reserved. Terms & Conditions.
Back To Top