*This talk is hybrid (in-person & remote). Capacity is limited. Please register ahead of time.

Mexico is the tenth most populous country, fifteenth largest economy in the world, and is connected with the United States through its geographic border and strong economic, cultural, and historical ties. California was once Mexico, so it is no surprise that there have been centuries of migrant flows throughout the region. It is only recent that a physical barrier, the border wall, was erected. The two countries share nearly 2,000-miles of border, are partners in trade and commerce, and share a fluid binational culture. However, this symbiotic and mutually beneficial US-Mexico relationship has not been part of the national narrative for many decades. In California, the San Ysidro border crossing is the fourth busiest border crossing in the world, with students, workers, and families crossing the border daily for their activities. How are immigrants treated in California and how well do we integrate them into the economy and society when they decide to call the state their home? This Design@Large panel on Transborder Regions and Immigrant Integration will discuss this and more.

Join us at the Design and Innovation Building (2nd floor) from 4-5pm on May 11, 2022 for a discussion with Cinthia Flores, Board Member of the California Agricultural Labor Relations Board, Manuel Pastor, Distinguished Professor of Sociology and American Studies & Ethnicity at the University of Southern California, Ahilan Arulanantham, Co-Director of the Center for Immigration Law and Policy at UCLA School of Law, and Gustavo De La Fuente, Executive Director of Smart Border Coalition. A special exhibit about the San Diego-Tijuana World Design Capital will follow from 5-5:45pm.

Ahilan T. Arulanantham is Professor from Practice and Co-Director of the Center for Immigration Law and Policy at UCLA School of Law. He has successfully litigated a number of cases involving immigrants’ rights, including Franco-Gonzalez v. Holder, the first case to establish a federal right to appointed counsel for any group of immigrants; Jennings v. Rodriguez, which secured the due process rights of immigrants jailed for years while litigating their deportation cases; and Ramos v. Nielsen, a challenge to the Trump Administration’s plan to end the TPS program. Ahilan has argued three times before the United States Supreme Court, most recently in the fall of 2021 on behalf of Americans of the Muslim faith who were targeted by the federal government for surveillance because of their religion in FBI v. Fazaga. Prior to joining UCLA, Ahilan was Senior Counsel at the ACLU in Los Angeles, where he worked for nearly twenty years. In 2016 Ahilan was named a MacArthur Foundation Fellow.

Dr. Manuel Pastor is a Distinguished Professor of Sociology and American Studies & Ethnicity at the University of Southern California. He currently directs the Equity Research Institute at USC and is the inaugural holder of the Turpanjian Chair in Civil Society and Social Change at USC. Pastor’s research has generally focused on issues of the economic, environmental and social conditions facing low-income urban communities – and the social movements seeking to change those realities. 2021 saw the publication of two new books, Solidarity Economics: Why Mutuality and Movements Matter (co-authored with Chris Benner) and South Central Dreams: Finding Home and Building Community in South L.A. (co-authored with Pierrette Hondagneu-Sotelo). A committed public intellectual working at the intersection of activism and the academy, he served as a Public Member of the Strategic Growth Council in California, received the Liberty Hill Foundation’s Wally Marks Changemaker of the Year award for social justice research partnerships in 2012, and received the Champion for Equity Award from the Advancement Project for his work with community-based organizations fighting for social change in 2017.

Cinthia N. Flores is a Board Member of the California Agricultural Labor Relations Board. Governor Gavin Newsom appointed her to this position in 2020. Cinthia was previously a Staff Attorney with the Coalition for Humane Immigration (CHIRLA), the largest immigrant rights organization in California, where she practiced immigration law with a focus on removal defense representing individuals against deportation. Cinthia has a background in labor law having previously represented public and private sector unions. Currently, Cinthia serves as Vice President of the Latina Lawyers Bar Association, a non-profit organization dedicated to supporting Latinas in the legal profession. Cinthia also serves as Treasurer of Latinas Lead California, a political action committee dedicated to electing Latinas to local, state, and federal office. Lastly, Cinthia serves on the UCLA Alumni Association.

Gustavo de la Fuente was named executive director of Smart Border Coalition in March, 2017. Gustavo is responsible for all aspects of the Smart Border Coalition’s programs. He focuses on helping to mobilize partners and Stakeholders in coalitions designed to achieve specific objectives. Gustavo is the coalition’s main public face, giving numerous media interviews, managing the coalition’s social media presence, replying to inquiries from travelers, and participating in meetings, visits, events, and conferences in the region and elsewhere in the U.S., Canada, and Mexico. He may also support Leadership Committee members and Stakeholders when they are called upon to represent the coalition. Gustavo is co-founder of a commercial real estate company in Sonora. He is also on the board of Kingstone Financial Partners, a financial services firm serving high net worth individuals and families. He serves on the board of the International Community Foundation, a non-profit foundation of choice for U.S. donors who are passionate about protecting the environment and improving the quality of life in Baja California and Latin America.

For the first time in the nearly 10-year history of the Design@Large speaker series the UC San Diego Design Lab is partnering with a state-wide organization, California 100, to present an expanded hybrid experience to not only expand the audience of our series, but to deepen the means of engagement. California 100 is an initiative focused on identifying and uplifting transformative ideas, people, and projects through research and engagement that accelerate progress towards a shared vision of California’s future over the next century, the Design Lab will host six hybrid experiences between April 13 – May 25, 2022.

Taking place in the Design Lab’s state of the art new home, the Design and Innovation Building, a series of panels, talks, and participatory design sessions will be led by an extraordinary group of California thought leaders who reflect diversity by region and industry, and the perspectives of communities who have been historically marginalized or excluded. Attendees can plan to learn more about, and actively co-create, around the following topics:

This series is sponsored by the Burnham Center for Community Advancement, San Diego Supercomputer Center, and Qualcomm Institute. Session are open and free to the public.

**If you are needing ASL services for the event, please contact ops@dlab.ucsd.edu. 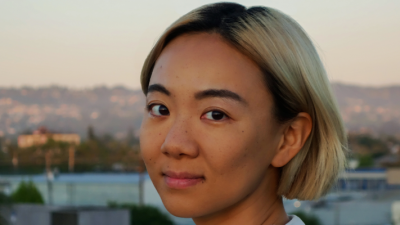 Wednesday, October 20, 2021 at 4:00 P.M.
How to Cook a Tiger and Other Design Fables
Hybrid, see restrictions in event details 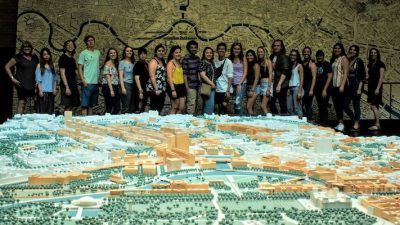 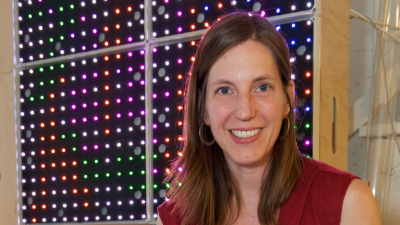 Wednesday, November 14, 2018 at 4:00 PM
Designing for Humans - an Artist's Perspective
CSE 1202 on the UCSD campus
Design@Large
© 2022 Regents of the University of California All rights reserved. Terms & Conditions.
Back To Top