Towards a Unified Theory of Interaction

The extraordinary advances in hardware and networking technology over the past 40 years have not been matched by equivalent advances in software. The graphical user interface (GUI), designed in the 1970s to help executive secretaries perform administrative tasks, has been pushed far past its limits. We seek a paradigm shift in how we design, implement and use interactive systems — to create a unified theory of interaction. Our goal is to create less-brittle interactive systems that augment human capabilities and are actually worth learning over time. Michel Beaudouin-Lafon will talk about the principles of instrumental interaction and substrates, which treats interaction as a first class object.

Wendy Mackay will talk about how these principles help interaction designers create effective human-computer partnerships where users remain in the control of an intelligent interface. We are particularly interested in the early phases of the creative design process––how to create  tools that allow creative professionals to express and explore their ideas as part of a human-computer partnership that empowers rather than restricts the human user.

Wendy Mackay (Ph.D. MIT) is a Research Director in Computer Science, Classe Exceptionnelle, at Inria, France where she heads the ExSitu research group in Human-Computer Interaction at the Université Paris-Saclay, with 6 faculty and 20 students and research staff from Inria, CNRS and Université Paris-Sud. She has published over 200 papers in HCI, is a member of the ACM SIGCHI Academy, and was recently awarded the Doctor Honoris Causa in Computer Science from Aarhus University. Her current research interests include participatory design, creativity, co-adaptive instruments, mixed reality and interactive paper, and multidisciplinary research methods. She is the laureate of an ERC Advanced Grant on human-computer partnerships, served as Vice President for Research for the Computer Science Department at Université Paris-Sud, and has managed software development groups at Digital Equipment Corporation and research groups at Digital, MIT, Xerox, CENA and Aarhus University. She was elected Chair of ACM/SIGCHI, has served on most other SIGCHI executive positions, co-founded the first SIGCHI local SIG, Greater Boston SIGCHI, and has also served on the ACM Publications Board, ACM SIGBoard and CACM Web Editorial Board. She served as co-editor in chief of IJHCS and currently serves on the editorial boards of ACM/TOCHI and ACM’s New Publications and Web boards, as well as on the annual CHI and UIST program committees. She served as general chair for ACM CHI’13 in Paris and received the ACM SIGCHI Lifetime Service award in 2014.

Michel Beaudouin-Lafon (PhD, Université Paris-Sud) is a Professor of Computer Science, classe exceptionnelle, at Université Paris-Sud and a senior fellow of Institut Universitaire de France. He has published over 180 papers and is a member of the ACM SIGCHI Academy. His research interests include fundamental aspects of interaction, novel interaction techniques, computer-supported cooperative work and engineering of interactive systems. He is the laureate of an ERC Advanced Grant on instrumental interaction and information substrates. Michel was director of LRI, the laboratory for computer science joint between Université Paris-Sud and CNRS (280 faculty, staff, and Ph.D. students). He was Technical Program Co-chair for CHI 2013, sits on the editorial boards of ACM Books and ACM TOCHI, and has served on many ACM committees. He received the ACM SIGCHI Lifetime Service Award in 2015. 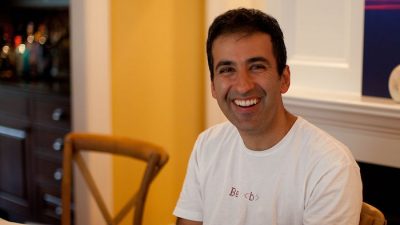 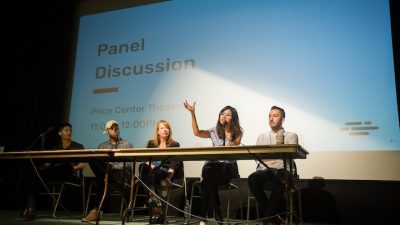 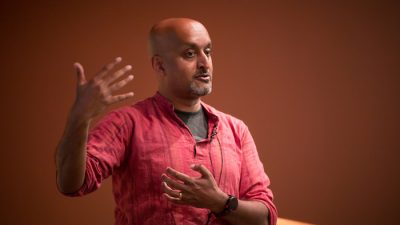 Wednesday, April 11, 2018 at 4:00 PM
Geographies of Trust and Practice in Internet Infrastructure
CSE 1202 on the UCSD campus
Design@Large
© 2022 Regents of the University of California All rights reserved. Terms & Conditions.
Back To Top