HOME 2024 is a binational initiative seeking a World Design Capital (WDC) designation for San Diego-Tijuana for 2024 and gaining recognition for the cross-border region as a design-driven, innovation economy. Centered on the theme of HOME, a community-led team aims to mobilize human-centered design as a way to transform the region and improve quality of life.

This multi-year effort is led by a team of designers, innovators, and civic leaders on both sides of the US-Mexico border. The initiative is spearheaded by the Design Forward Alliance, UC San Diego Design Lab, the Burnham Center for Community Advancement and with full support of both governments, including the cities of San Diego and Tijuana. Countless organizations, businesses, and volunteers on both sides of the border have been instrumental in the collaborative effort. For a full list of partners and supporters, please visit the HOME 2024 website. 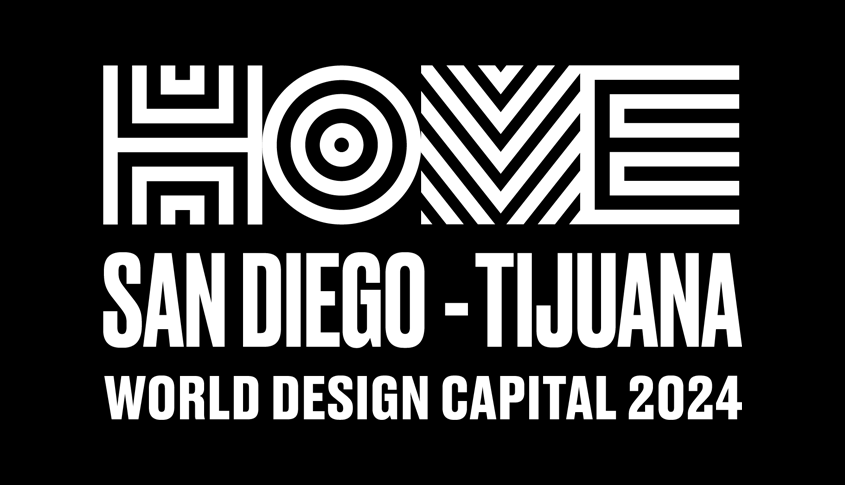 The selection of the San Diego-Tijuana joint bid makes it the first binational World Design Capital in WDO history. While the designation is for both cities as a united region, San Diego is now the first U.S. city ever to receive the WDC designation. Tijuana is the second city in Mexico to hold the title, following Mexico City in 2018.

“We did it!” said Don Norman, founder of UC San Diego’s Design Lab (now retired) and co-founder and Board advisor to the Design Forward Alliance (DFA). “Designers, city officials, and organizations in both the Tijuana and San Diego regions collaborated to make our binational community the World Design Capital for 2024. It shows the power of design as a way of thinking, to address important societal issues, and as a source of innovation for companies, organizations, and educational communities at all levels. We have built a permanent coalition of our communities to address civic and climate challenges, to grow our industrial sectors, and to support a strong culture of cross-border design.”

The winning bid is the result of a multi-year effort led by a binational team of designers, innovators and civic leaders to help San Diego-Tijuana showcase its design-driven, innovative culture and economy. The bid campaign, known as HOME 2024, demonstrates how the San Diego-Tijuana region mobilizes human-centered design to address major global problems like climate change and social inequity through engineering, science, art, architecture and more.

Spearheaded by the Design Forward Alliance (DFA), UC San Diego Design Lab, and the Burnham Center for Community Advancement (BCCA), the HOME 2024 bid received broad support from elected officials in the U.S. and Mexico, including the mayors of San Diego and Tijuana.

“The partnership between San Diego and our sister city Tijuana on this effort is indicative of the close relationship between our two cities,” San Diego Mayor Todd Gloria said. “Earning this prestigious designation is an opportunity to highlight the unique character of our binational region and gives us the platform to show the world what a border community can do.”

The selection by the WDO comes after a rigorous submission and evaluation process. Named a finalist in July 2021, alongside Moscow, Russia, San Diego-Tijuana welcomed the WDO for a three-day site visit in early October 2021 with stops at the UC San Diego’s Design and Innovation Building, Balboa Park, Chicano Park in Barrio Logan, Cross Border Express (CBX) and the U.S. Mexico Border, the Tijuana Cultural Center (CECUT), and several other locations throughout the region.

“In today’s socio-economic climate, the WDC designation represents a significant opportunity for us to highlight how cities around the world are leveraging design to reimagine and revitalize their urban spaces post-pandemic,” said WDO President Srini Srinivasan. “Through their bid, San Diego-Tijuana presented a culture of cross-border collaboration and the role of both technology and innovation toward building more interconnected communities. These sister cities will provide a unique success story from which city administrations across the world can draw. We are very excited to welcome San Diego-Tijuana into our WDC Network of Cities.”

Countless organizations, businesses, and volunteers on both sides of the border were instrumental in ensuring San Diego and Tijuana submitted a compelling and thoughtful bid.

“The world knows our two cities as defined by an international border, and the busiest border crossing in the Western Hemisphere,” said Tijuana Mayor Montserrat Caballero. “Our designation as a World Design Capital is an opportunity for us to highlight to the world the unique interconnectedness of our region and tell the story of seven million people who live, work, and partner together in exceptional ways.” 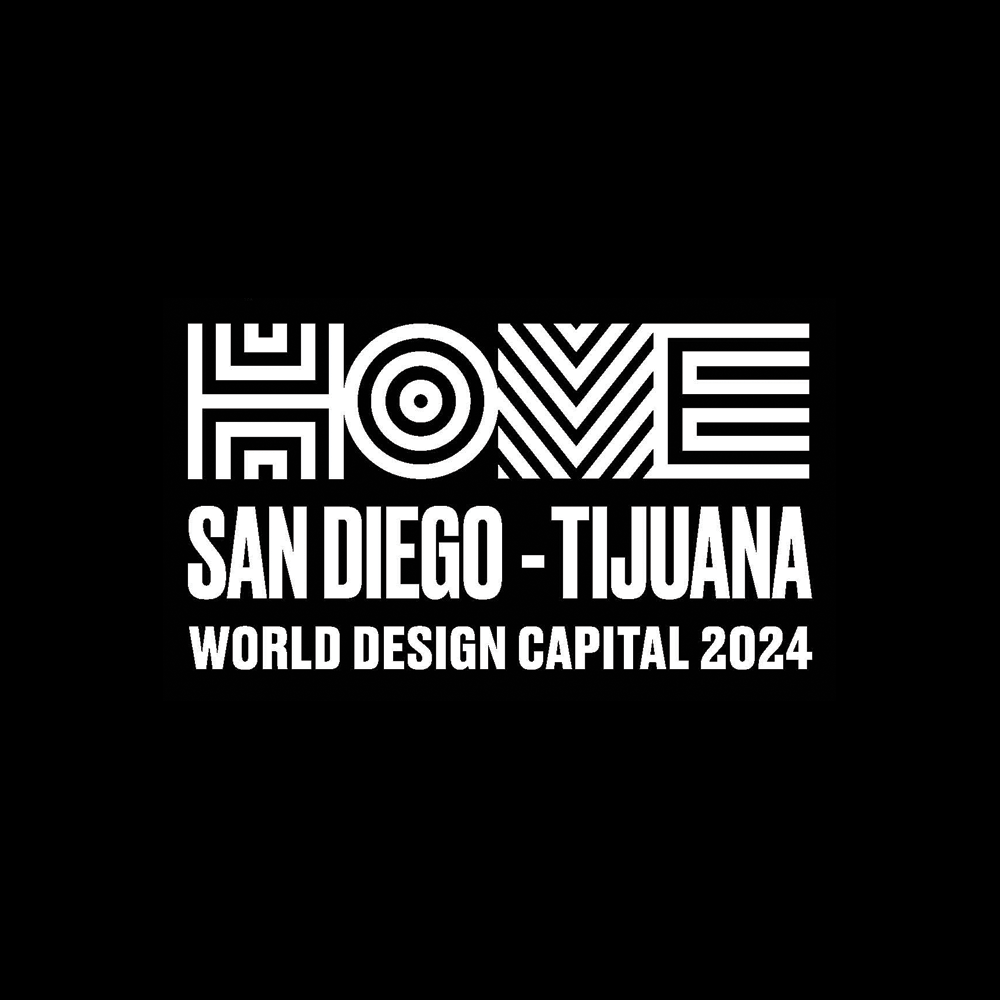 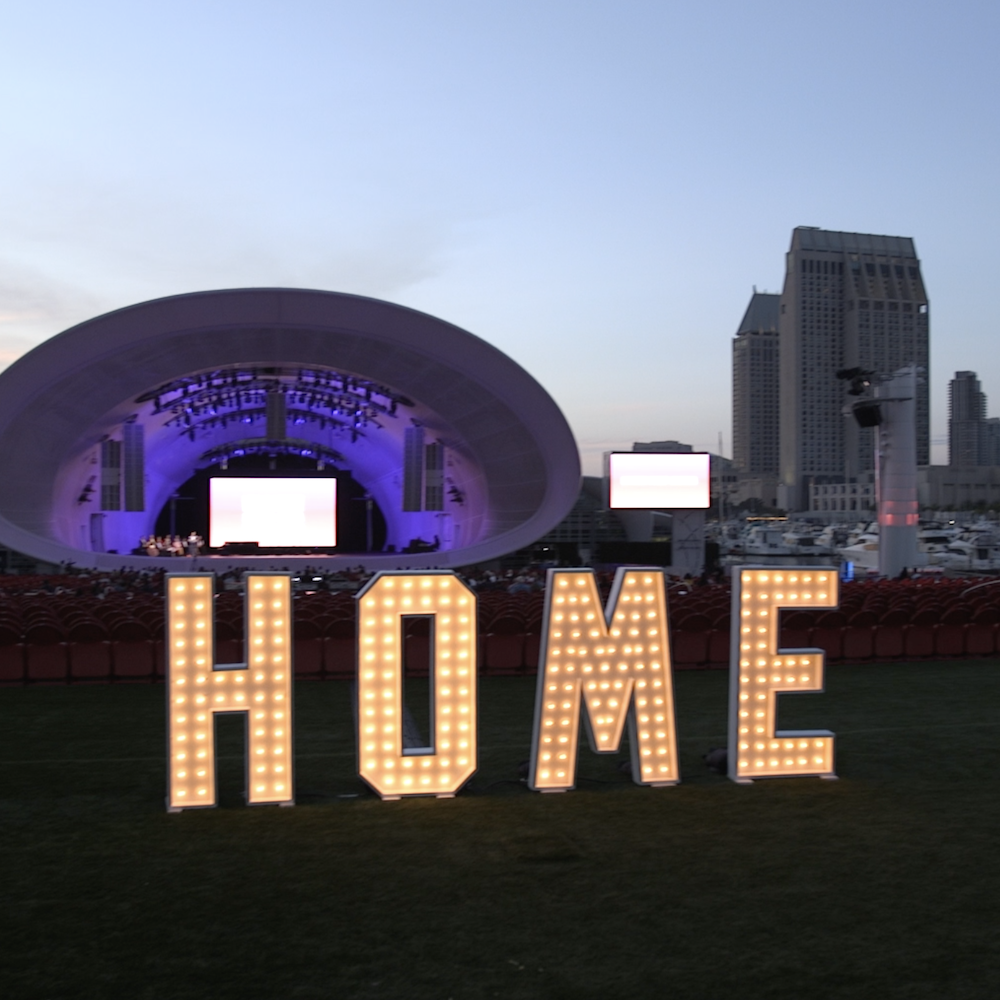 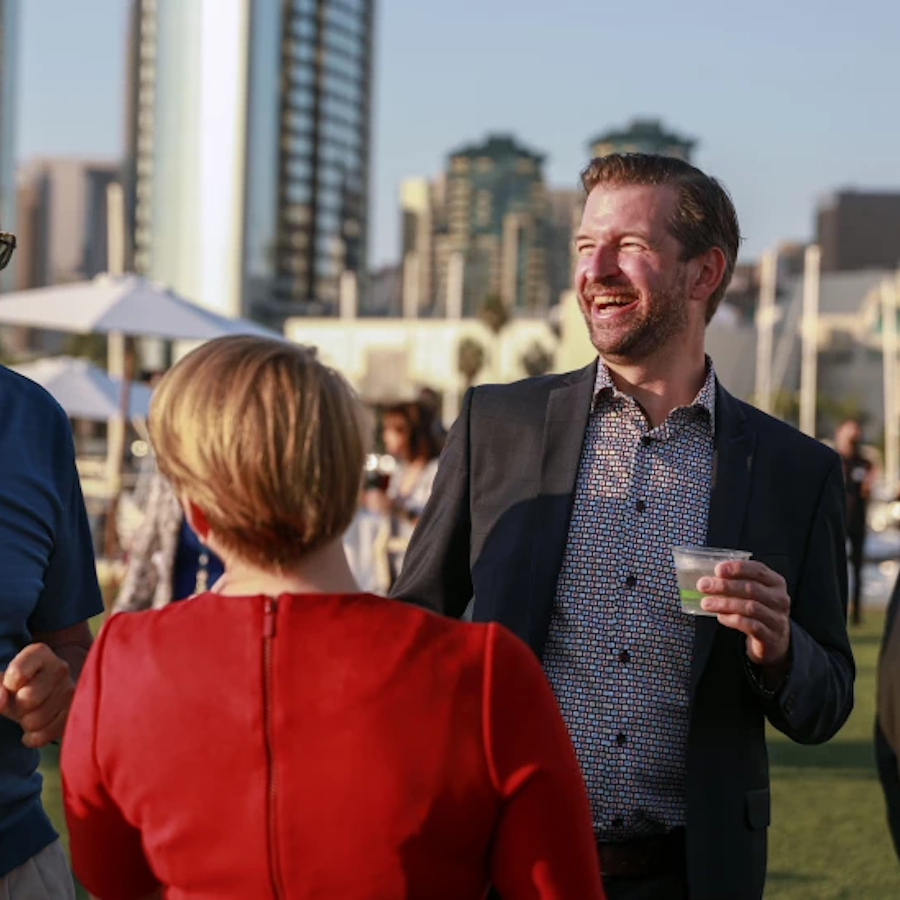 Be on your best behavior: San Diego is being judged this week 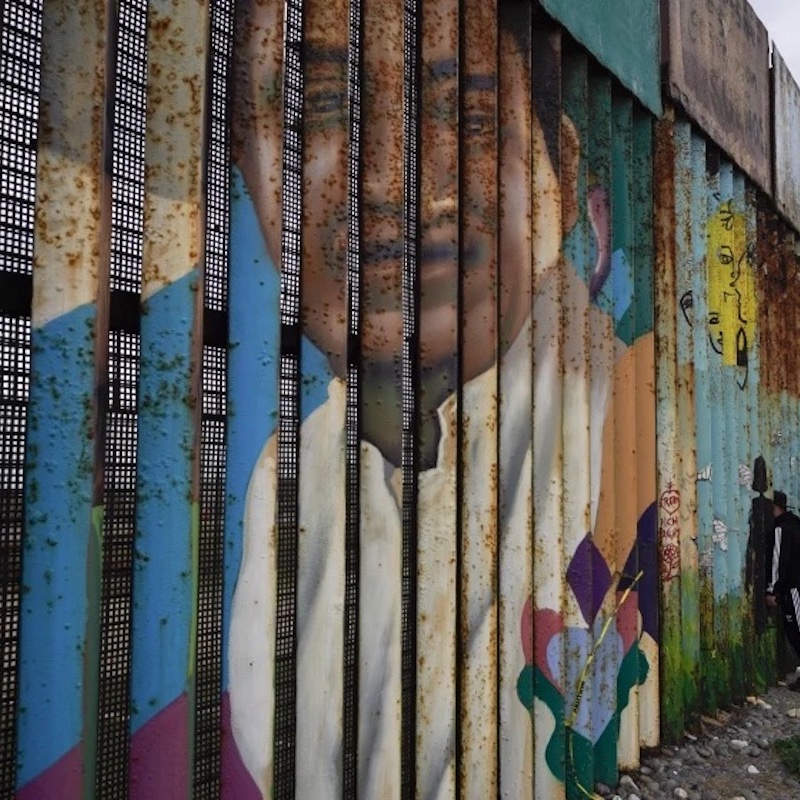 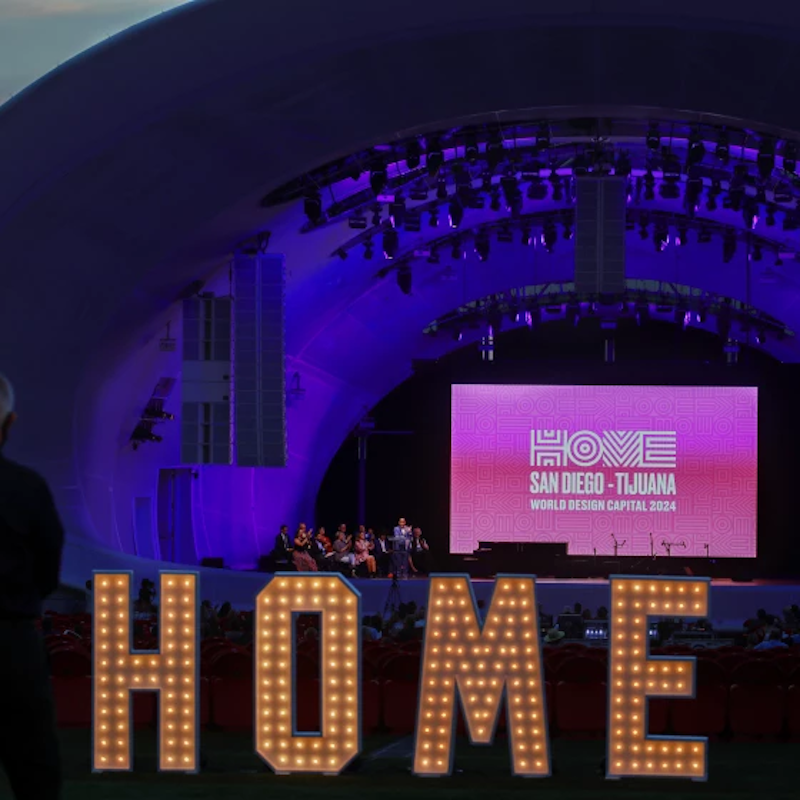 Opinion: The World Design Capital is more than an award. It’s a chance to solve problems.

San Diego/Tijuana is finalist to become a World Design Capital 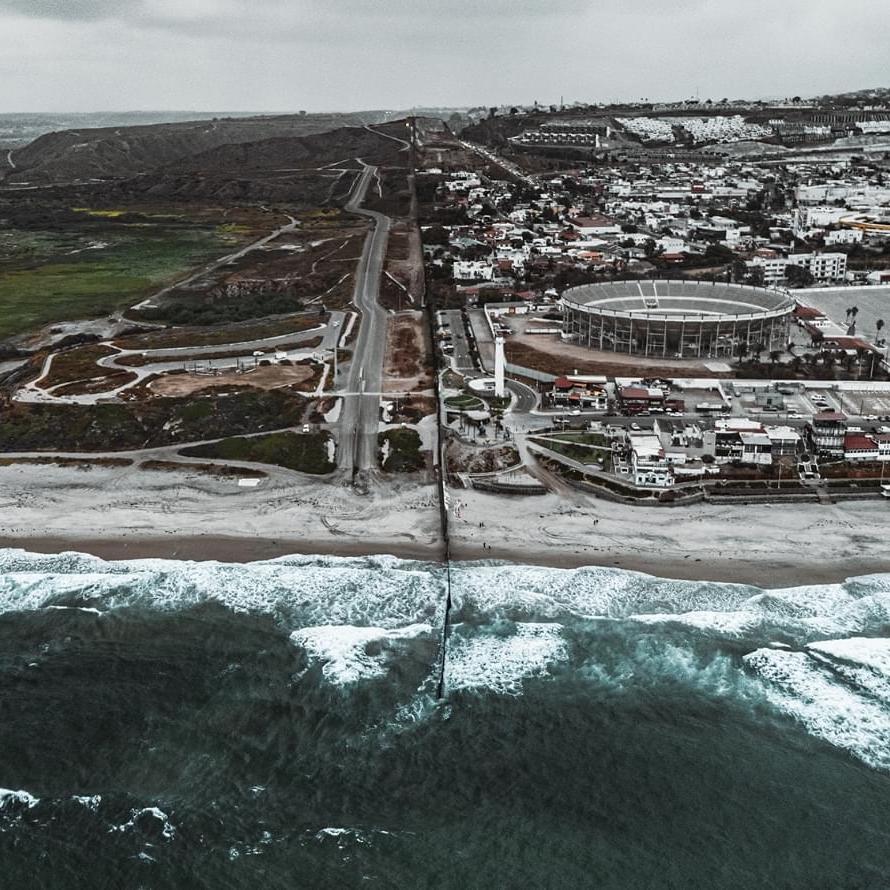 Community
© 2022 Regents of the University of California All rights reserved. Terms & Conditions.
Back To Top